Identifying turning points in aggregate economic series represents a topic of great practical and academic interest, at least since the seminal work of Burns and Mitchell (1946). How do we know if the economy is in a recession? How do we know when it has ended? Can we establish a chronology of recessions and expansions for a given economy?

To answer questions like these, one must rely on either a purely qualitative analysis (judgment of individuals) or a statistical method to identify turning points in a given time series. Of course, the latter may be (and probably should be) combined with qualitative assessments. Worldwide, one can observe formal organizations that date the business cycles in countries such as the U.S. (National Bureau of Economic Analysis - NBER), Euro Area (Centre for Economic Policy Research - CEPR), and Brazil (Brazilian Business Cycle Dating Committee - CODACE).

In this short note, we apply Harding and Pagan’s (2002) quarterly approximation to the Bry-Boschan (B.B.) algorithm (Bry and Boschan, 1971) to identify turning points at the Brazilian quarterly GDP seasonally adjusted series. As Colombo and Lazzari (2020) describe, the B.B. algorithm is a way of automatizing the cycle dating procedure according to the tradition of the NBER. In a nutshell, the method considers some rules imposed on the behavior of the series to classify peaks and troughs. A recession occurs from peak to trough, and an expansion occurs from trough to peak. First, a window is chosen to identify local maxima ($y_{t-k},…,y_{t-1}<y_{t}>y_{t+1},…,y_{t+k}$) and minima ($y_{t-k},…,y_{t-1}> y_{t}<y_{t+1},…,y_{t+k}$) in the reference series (parameter k). Second, a minimum period is required for the duration of a phase of the cycle (peak to trough or trough to peak - parameter p). Third, the algorithm also requires a parameter for the minimum duration of the complete cycle (peak to peak or trough to trough - parameter c). In our exercise, we follow Harding and Pagan (2002) and use k = 2, p = 2, and c = 5 quarters.

Furthermore, following Harding and Pagan (2002), we rely on the classical definition of cycle - the one that refers to the behavior of the level of a variable (as opposed to the growth or the growth rate of business cycles). Definitions of the business cycles can be found at OECD (2001). Besides being simple and straightforward, the B.B. algorithm almost replicates the chronology of recession and expansions compared with the NBER dating (Marcellino, 2006).

Now, we apply the referred methodology using Stata 15. One can apply the same procedure using other statistical software (e.g., package “BCDating” in R).

We start our exercise by downloading the quarterly Brazilian GDP at constant prices and seasonally adjusted from FRED (series I.D. = NAEXKP01BRQ652S) at Stata 15:

After that, we set the data to time series' structure, using the FRED’s auto-generated time variable “daten”:

Now we can have a first taste of the dataset. We may analyze basic descriptive statistics:

Before using the B.B. algorithm, we transform the daily date variable into its quarterly counterpart and format it accordingly:

Now we proceed step-by-step to apply the B.B. algorithm for quarterly data as in Harding and Pagan (2002):

If not already installed, one should download the SBBQ package, written by Philippe Bracke (London School of Economics, U.K.):

As we discussed before, we use 2, 2 and 5 quarters for the symmetric window, minimum phase duration, and minimum cycle duration, respectively.

Step #4: Transforming the result into a Recession Dummy (1 = rec, 0 = expansion)

After running the sbbq command, the package automatically creates a new variable in the dataset: “x_point”, where x is the name of the reference variable (lnNAEXKP01BRQ652S in our case). We might look at the local maxima (1) and minima (-1) identified by the algorithm using the following command (results on the Table below):

As we can see, there are six peaks and six troughs identified. However, before graphing the results, one must transform the x_point variable into a binary variable equal to one (if in a recessionary phase) or zero (otherwise). We do that by generating a variable called “gdp_rec”:

Now we have a variable (gdp_rec) that equals one from the quarter immediately after an identified peak to a trough (i.e., a recession), and equals zero from trough to peak (i.e., an expansion) in the reference, underlying GDP series.

Before analyzing the results graphically, we label the variables so we can have pretty good looking figures:

Now its time to analyze the results of the BB algorithm by comparing the recession dummy with the Brazilian Quarterly GDP:

The resulting Figure is the one presented below:

However, one question remains: how accurate is the chronology of recessions dated by the B.B. algorithm? One way to assess such accuracy is to compare it with the one released by the Brazilian Economic Cycle Dating Committee (CODACE). Using the last release from the committee, from June 29, 2020, we get the following picture:

Wow, what a tremendous overlap! Except for the first recession (where our algorithm suggests the recession would have ended one quarter earlier), all else coincides. Moreover, our exercise reveals another important feature: we did not find any false positive (a situation where the algorithm indicates a recession not confirmed by the benchmark). Overall, our empirical exercise suggests that applying the B.B. algorithm on the Brazilian Quarterly GDP (seasonally adjusted) captures the chronology of economic recessions in a very accurate way compared to our benchmark (CODACE).

Such a good performance of the B.B. indicator is not a surprise. Colombo and Lazzari (2020) find the same evidence. Based on such an excellent performance of the algorithm, they apply the same procedure on the states' monthly index of economic activity (IBC-R from the Central Bank of Brazil) and find that the 2014-2016 great economic recession in Brazil was considerable heterogeneous across the Brazilian states (in terms of duration and magnitude). Their results might be replicated using the uploaded data in Colombo (2021). 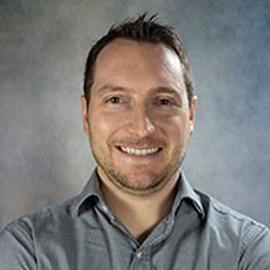